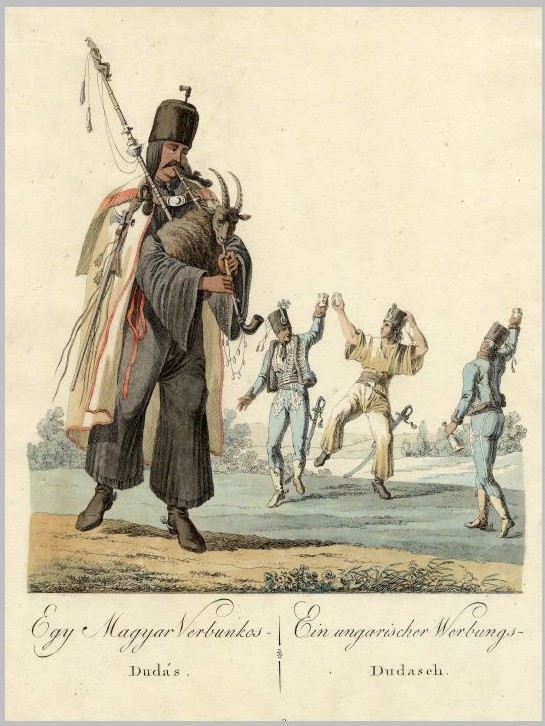 The 19th century remains an extremely colourful period in Hungarian music his­tory, within traditional and folk music. The revolution and war of independence of 1848/49 - fought against the Habsburgs for Hungarian freedom - was essentially accompanied by songs and instrumental music.

Old folk songs, newly composedones, popular folk-style songs, the songs and marches of the national guard andother musical pieces were regularly sung and played on instruments in those days. Tunes by well-known, professional musicians as well as by laypeople spread farand wide. The Marseillaise, the French revolutionary song, newly translated into Hungarian during the war of independence (arranged among other people by theyoung composer Mihály Mosonyi in 1848), songs that mocked the Austrians, por­tions of Ferenc Erkel’s patriotic historical opera Hunyadi László, and, most of all, the passionate and inspiring Rákóczi March were being played everywhere at that time. This great diversity is also reflected in the oral musical tradition of the Hun­garian peasantry. The peasants, who were the preservers of folk music tradition ina strict sense, adopted and preserved some of the songs of the gentry and middleclass as well, in many cases simply because the songs were about the ideals of 1848 and the figure of Lajos Kossuth, who represented a glimmer of hope for the impro­vement of their social status. 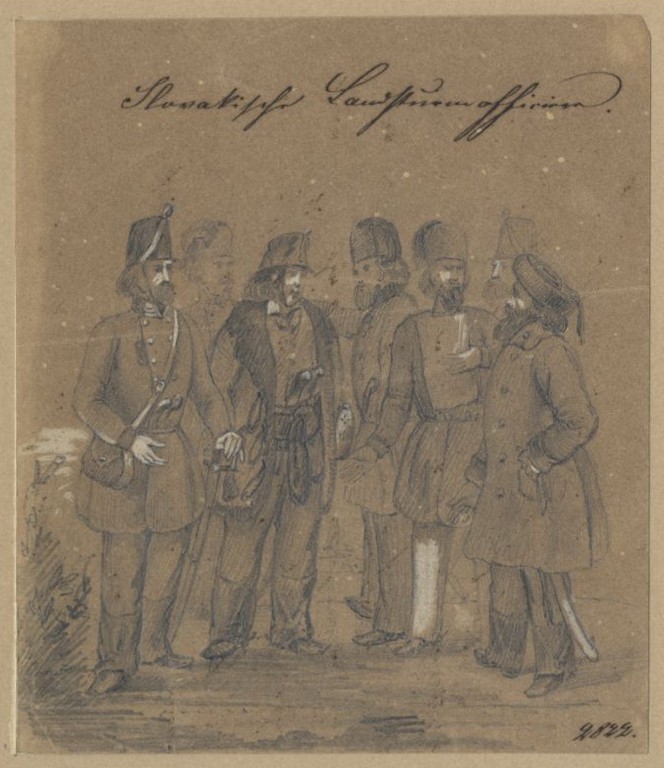 After the occupation of Hungary in 1526 by the Turkish Sultan Suleiman I, theterritorial unity of medieval Hungary together with its independence was slowlylost. Charles V left the government of the eastern part of his Empire after 1526 (Mohács, where the young Hungarian king was killed in the action) to his brother Ferdinand, who exerted all his energies in an attempt to unite Austria, Bohemia and Hungary under one centralized government. After the occupancy of Buda bythe Turks in 1541, Hungary was split into three parts. 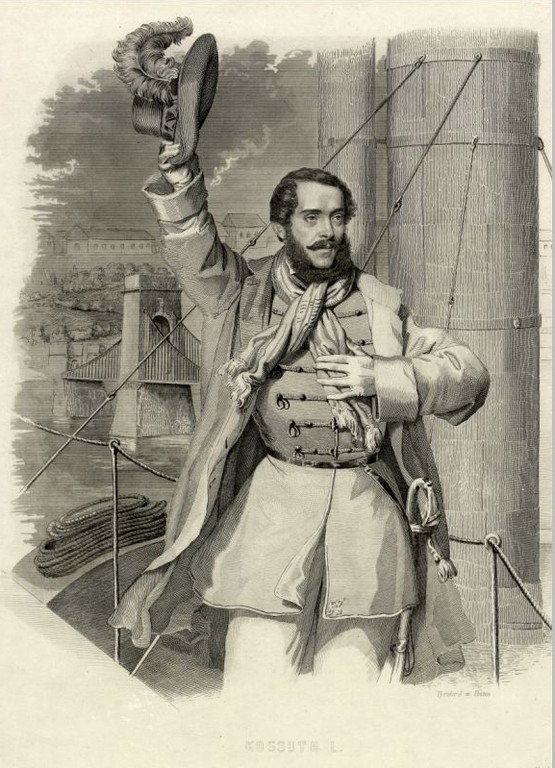 The capital of Buda andthe central area (most territories of the actual Hungary) became a province ofthe Ottoman Empire for 150 years. The north-west and north-eastern part (thecurrent Slovakia, western Transdanubia, Burgenland and Croatia and the presentnorth- and north-eastern part of Hungary) remained under Habsburg rule. Thoughoriginally independent, it became later a part of Habsburg Monarchy under the informal name Royal Hungary, whose Kings were the Habsburg Emperors. Turks were unable to conquer during the 150 years this Northern and Western parts of Hungary. The eastern part of the earlier Hungarian Kingdom, Partium (in present days partly Romania and Serbia) and Transylvania, became at first an independent principality, but Transylvania gradually got under Turkish rule as a vassal state of the ottoman Empire paying huge taxes. Many revolutions and wars of independ­ence during the next centuries are the consequence of this fact, like the so called “kuruc” movement (led by Imre Thököly and subsequently by Ferenc Rákóczi II) at the turn of the 17th and 18th century, then the Martinovics revolution in 1795 (under the reign of Franz I), finally the revolution on March 15, 1848 and the fol­lowing war of independence against the Habsburgs in 1848/49. 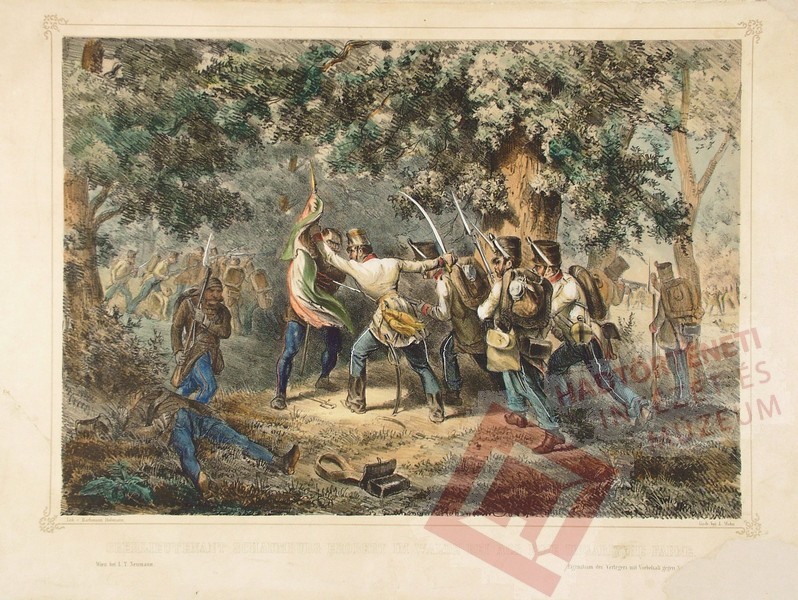 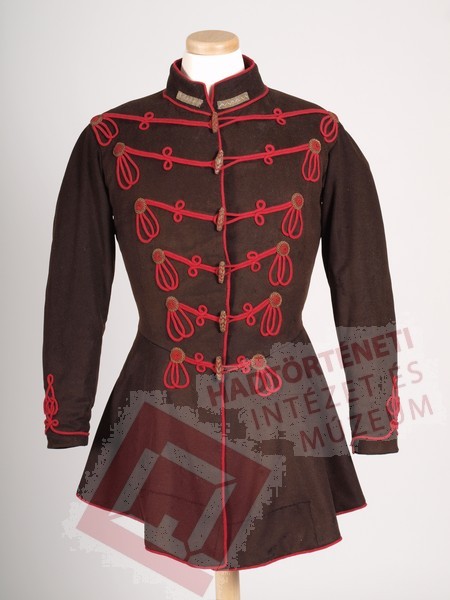 The so-called Rákóczi-nóta (Rákóczi Song; one text version: “Rákóczi, Bezerényi, híres vitézek vezéri” [“Rákóczi, Bezerényi, famous leaders of Hungarians”]) was one of the most important pieces of the prosperous “kuruc” poetry1 (“kuruc” was at that time the Hungarian name of anti-Habsburg soldiers) and (with dif­ferent texts) very popular in the 18th century. The first notation of the Rákóczi Song is to be found in a musical manuscript from 1813.2  Until the beginning of the 19th century a new folk musical style and a march from the song were created.3 The living force of the Rákóczi Song based partly on its text, in the feeling of a national idea and the yearning for independence. This is why the singing and play­ing of “kuruc” songs was still practiced during the reform movement in the early 19th century. The first known arranger and publisher (and not the composer like former researchers presumed4) of the Rákóczi-induló (Rákóczi March) was Miklós Scholl (Nicolaus Scholl, 1778-1822), a Hungarian-German military conductor.5 The misunderstanding was caused by his arrangement (about 1820) published in Vienna under his name in two piano scores (by F. Decret and by H. Payer). In the 1820ies the Rákóczi March soon distinctly symbolized the Hungarian national identity. Ferenc Liszt also wrote a number of arrangements, first in 1841, and in­cluded it later to his 15th Hungarian Rhapsody. The Rákóczi March was very often played by gypsy and military bands, but its real peak denoted the 1848/49 war of independence. Hector Berlioz arranged it as well and presented his arrangement at a concert in Pest in 1846.6 It was used as a military march too: at the end of 1848 the soldiers, led by Major Mór Perczel, processed to battle with its sounds.7 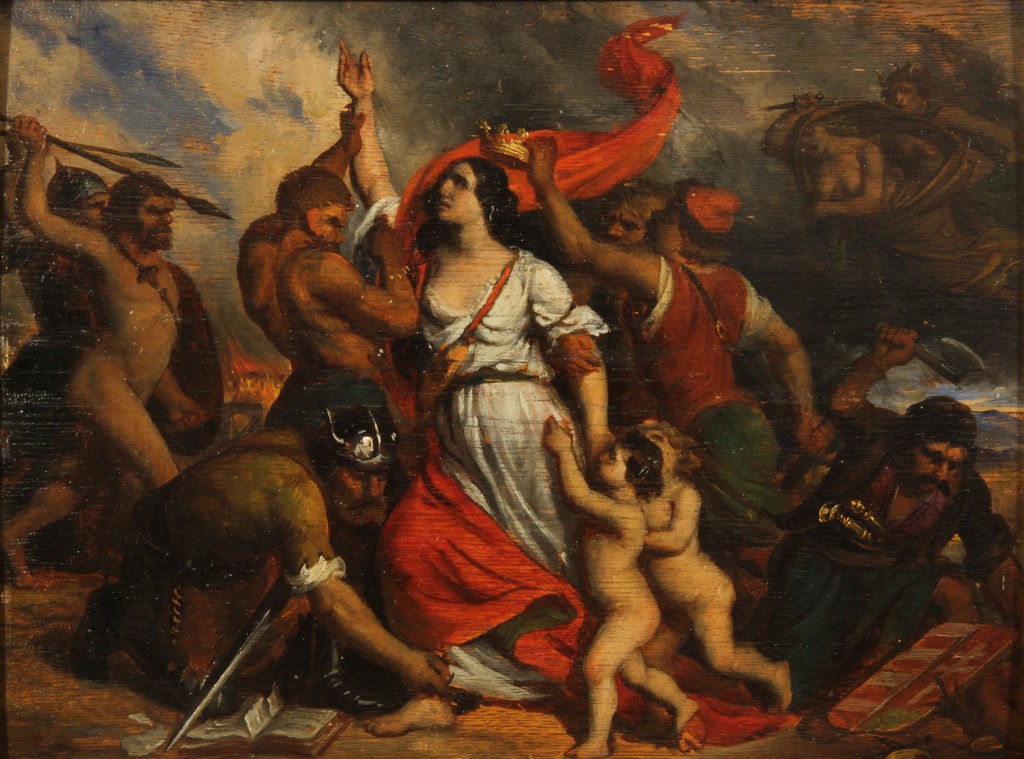 After defeating the Rákóczi revolution the Habsburgs expanded more and more in Hungary. German and Slovak groups were settled in the areas depopulated by the Ottoman devastation, first of all in the Great Plain. Serbs and other Southern Slavs escaping the Turks came to Hungary from south. During the reign of MariaTheresia and of Joseph II a forceful Germanisation took place. Hungarian litera­ture was given a new impulse at the end of the 18th century. 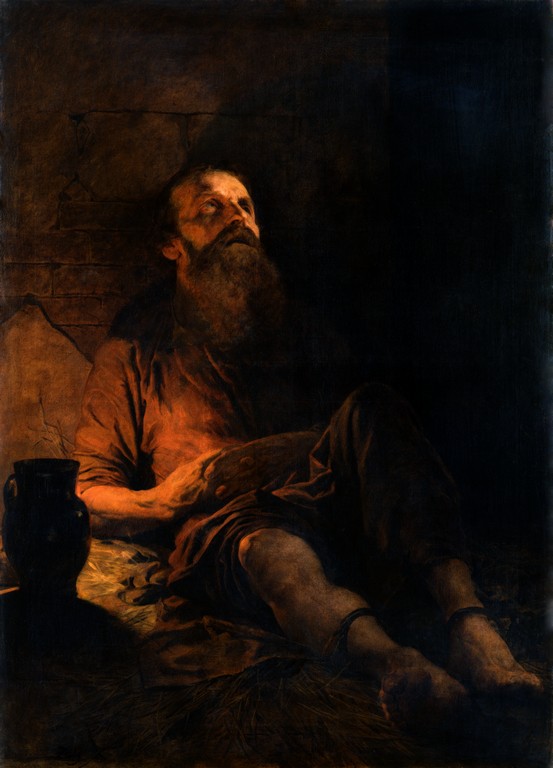 The Hungarian intel­ligence (partly from middle class of nobility8) followed the events of the French Revolution with active interest. A highly cultivated small group was formed (the leader was the lawyer József Hajnóczy, the group included the poets János Batsányi, Ferenc Kazinczy and others), whose main political intentions were independ­ence of the country, its transformation to a bourgeois society and an end of the Germanisation of the Hungarian language. The revolutionary group was short­lived because the imperial police arrested its leaders, when in 1794 the abbot Ignác Martinovics took over the leadership. The leaders were executed in Buda in 1795 or locked in prisons, among others in Kufstein (Austria). The oral tradition pre­served one melody from this time in verbunkos-style. This is the Martinovics-nóta (Martinovics Song), or as instrumental music the Martinovics-induló (Martinovics March). Some handwritten songbooks contain the vocal version, so the notes-manuscript of Dénes Kiss from 1844 (Nr. 230). This vocal variant is: Szememből köny Patak omol [sic with faults of spelling: My eyes stream, thinking of my dear homeland].9 The march was also played during and after the 1848/49 war of independence under the name Vasvári induló or Vasvári verbunk. Pál Vasvári (1826-1849) was one of the young leaders of the revolution, who was killed as van­guard fighter by Romanians in a battle.10

In the 1820ies a reform movement began in Hungary which ended in the 1848 revolution. Its initiator and outstanding leader was the young aristocrat, Count István Széchenyi, who offered at the Diet of 1825 a year’s income from his estatesto found a Hungarian Academy of Sciences intensifying the Hungarian language and culture. His example was followed by others, and by the end of the Diet, the necessary financial basis for the establishment of the Hungarian Academy of Sci­ences was secured. Széchenyi’s speech at the Diet marked the beginning of a new era, that of the Hungarian reform movement. 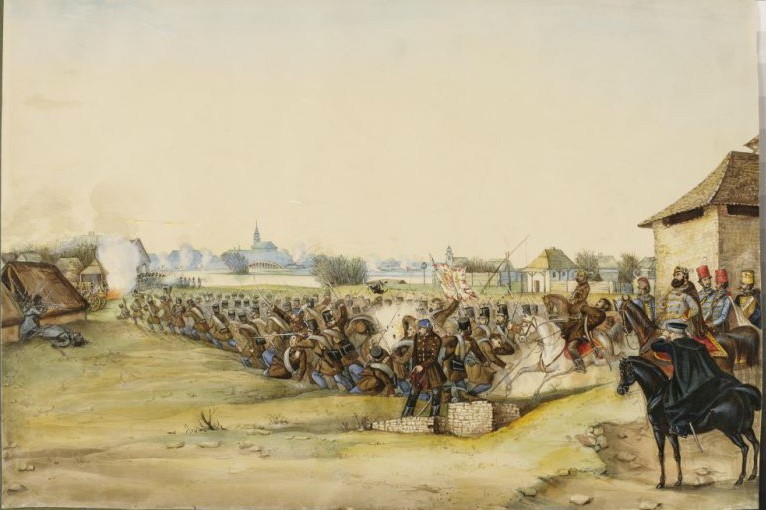 He initiated in the following years a series of changes and reforms which strongly promoted an embourgeoisement of the feudal Hungary. Széchenyi had no desire to alter the relationship between Hungary and the Habsburg dynasty, elaborated his political programme in booksand participated in the introduction of steamship navigation on the Danube, en­couraged mining, set up steam mills, and aided the construction of railways. He was also responsible for works regulating the waters of the Tisza and the Lower Danube, and induced the Diet to pass a law for the construction of the first perma­nent bridge across the Danube, the Chain Bridge in Budapest. 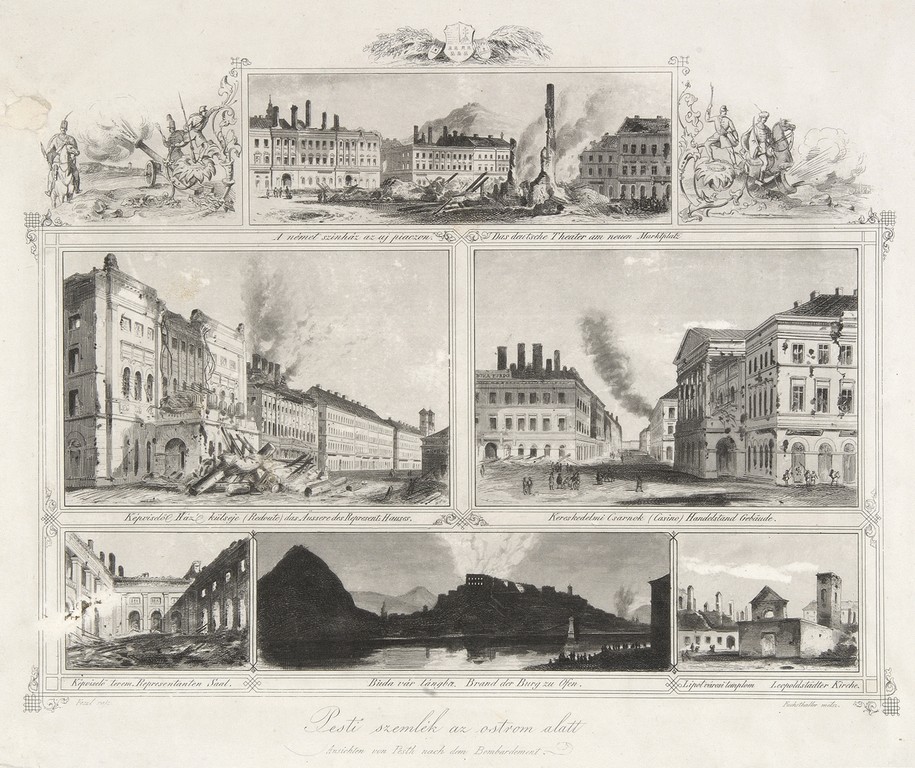 The other great personality of the age was Lajos Kossuth. He made his first appearance in public life at the Diet of 1832 with the publication of a modern newspaper which contributed considerably to the dissemination of liberal ideas throughout the country. The activities of the Reform Movement mobilizedthe political life of Hungary. Views of Kossuth were becoming increasingly popu­lar. Already prior to 1848 he was able to convince the public — Hungarians and foreigners living among them who did not even speak this language — to side with his political views aiming at the establishment of an independent civic nation state. Composers, music teachers and other musicians identified themselves with the new programme. In spite of their foreign origins they wanted to serve the Hungarian national culture, as in the case of the brothers Doppler. Ferenc Doppler (Franz Doppler) composed a Kossuth March in 1847 in honour of the politician. Events were accompanied by music, like instrumental marches composed partly by military musicians and dedicated to the historical figures Lajos Kossuth, János Damjanich, György Görgey, Lajos Batthyány, György Klapka and others. In 1848/49 József Müller (Josef Müller), a German-Hungarian military musician, wrote Négy magyar hadi induló (Four Hungarian military marches). The first march was the Kossuth-induló, the fourth was the Batthyány-induló (early spring 1848).11

6 About the march and a contemporary account about the concert of Berlioz published in the first monograph on Hungarian folk songs from 1848 and the music of the 1848/49 revolution and war of independence: LUJZA TARI, Magyarország nagy vitézség. A szabadságharc emlékezete a nép dalaiban [O Valiant Hungary: Memories of the War of Independence in Folk Songs]. Budapest 1998, 138–140. The book was published on the 150th anniversary of the war of independence. For a book review see: Hungarian Heritage 1 (2000), 80–81. For the CD -ROM version see: LUJZA TARI, A szabadságharc népzenei emlékei [Remembering the War of Independence through Folk Music]. Budapest 2000. As the change in the title indicates, the CD -ROM differs from the book: it has been revised significantly and supplemented with a considerable amount of historical data, with background information from the fields of literature, history, and general cultural history, and with numerous sound recordings from various regions of the Hungarian-speaking territories.

8 As remnant of the feudal social status the strata of the nobility was as follows: a high aristocracy, a middle class nobility and a rather poor, partly during the 150 years of Turkish government impoverished, so called “little nobility”. At that time the middle class nobility which was not very rich began to be very active in the cultural life.

10 Leo Weiner (1885–1960), a Hungarian composer of the first half of the 20th century, composed a Recruiting Dance from Pereg (op. 40, for clarinet and piano or for violin and piano, 1951). The first melody of this composition is the Vasvári verbunk (after the given village it was called as Peregi verbunk). The folk musical theme was taken from the 1930ies folk music fieldwork of László Lajtha. See LUJZA TARI, “Weiner Leó művészete a népzenei források tükrében” [The Art of Leo Weiner in the Mirror of Folk Music Sources], in: A Liszt Ferenc Zeneművészeti Főiskola évkönyve. Vol. 2, Budapest 1989, 59–227, 91.