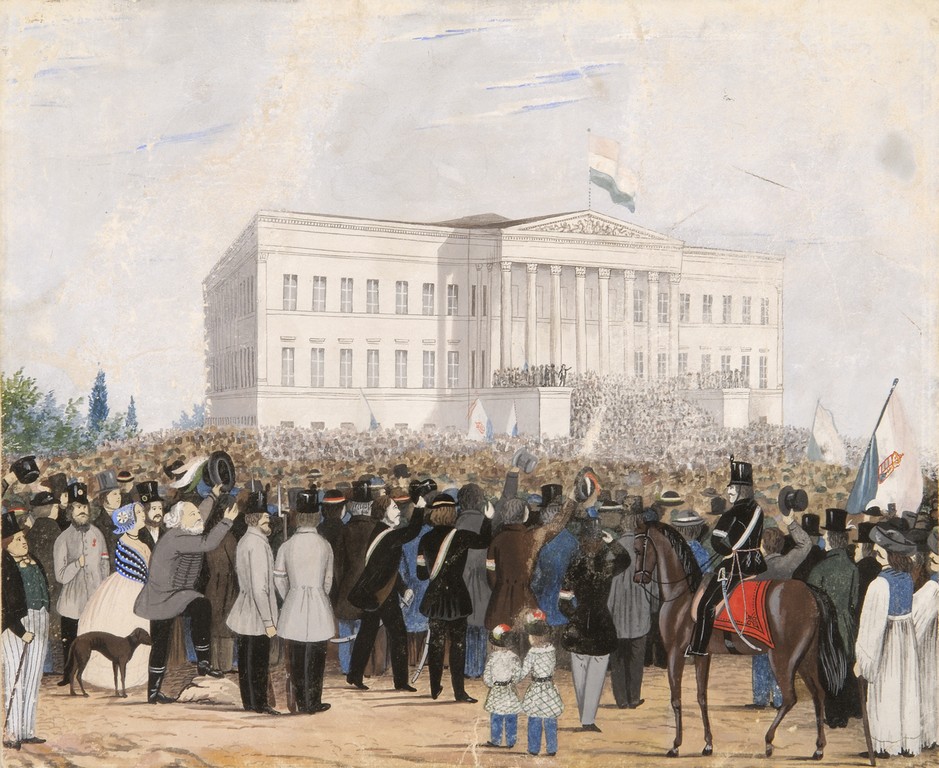 Naturally, the political transformations starting in 1990 brought changes in this respect as well. My collecting trip in Zoboraija and Gömör in 1997 clearly proved that the Hungarians living beyond the borders did not forget these songs, what is more, the singers bravely undertook the singing of 1848 songs, among them primarily the Kossuth song. 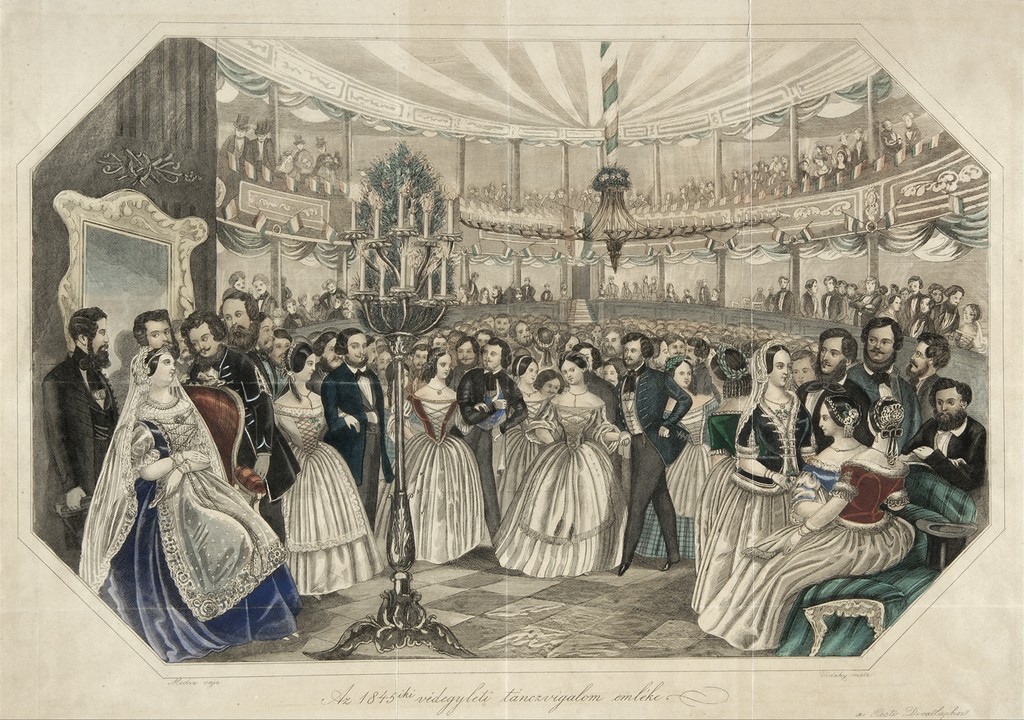 Let us turn to the presentation of the folk songs in connection to Kossuth. It is to note that a significant quantity of professional literature is at our disposal on this topic, especially from the field of the folklore of words (see the selected literature on the works that most closely concern this subject). Therefore, we will only give a brief summary on the memory of Kossuth folk songs among the Hungarians living beyond the borders. Kossuth quickly found a way to Hungarians and foreigners living among them who did not even speak this language, with his ideas aiming at the establishment of an independent civic nation state and his personal charm already prior to 1848. From among the foreigners, as many as two musicians wrote a work dedicated to him: Ferenc Doppler: Kossuth march, 1847; József Müller: Four Hungarian military marches. Movement 1: Kossuth March, early spring, 1848). The country moved and took up arms voluntarily at the call of Kossuth. The songs connected to his figure, which originated from 1848-49 and later turned into folk songs, also expressed the feelings of the entire nation and they were sung with one voice by several social strata.

The memory of the war of independence deeply integrated into the culture of the peasants, most strongly into their music, in only fifty years, and it also left its markon other works offolk poetry (e. g. legends, sagas) and folk art (wood carving, ceramics, textiles, etc.). The peasants, who had lived in serfhood for centuries, preserved the figure of Kossuth the nicest in their songs and stories from among the memories connected to the war of independence. 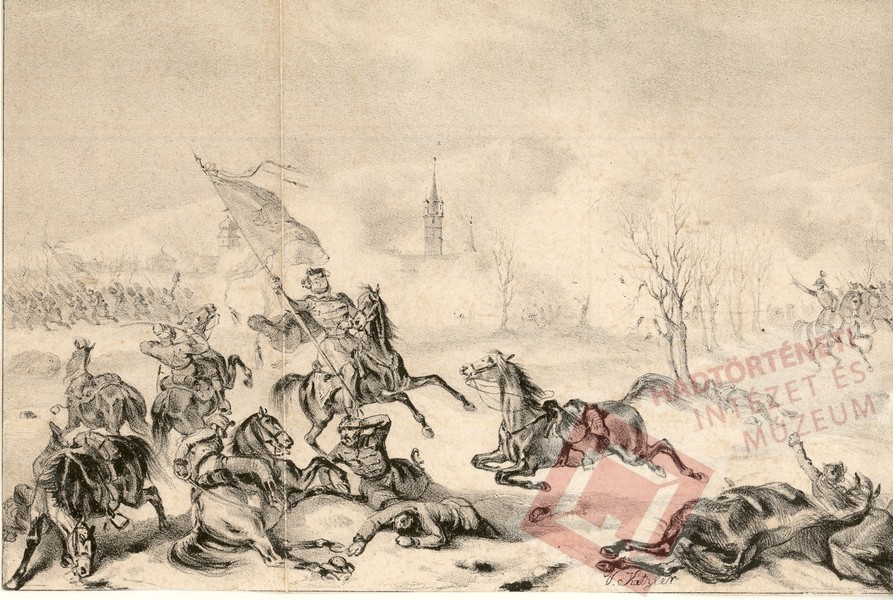 His name has been included in songs in many ways and in forms due heroes, since they felt Kossuth was the true leader and they hoped he would bring an improvement in both their own fate and that of the country. This is why they bless him in the Kossuth song with the following words: Valahány csepp esik rája / Annyi áldás szálljon rája![So many drops fall on him / So many times may he be blessed!]. They also ask for a blessing for the Hungarian nation, as for example in the version collected by Lajos Kiss in Kórógy, Slavonia, in 1960: Isten áldja meg a magyart / Tartson élte, míg e föld tart! [God bless the Hungarians / May they live until this world lasts!] (see Tari 1998. Music 6). The Kossuth song, given its plentiful varieties and general diffusion, is the eponym of a larger group, including textual and musical varieties: the group of the so-called Kossuth songs. The Kossuth song, our folk song beginning with Lajos Kossuth sent this message... is only one in a series of folk songs preserving the memory of Lajos Kossuth but it ranks first among the folk songs related to the revolution and war of independence of 1849-49 and the figure of Kossuth. 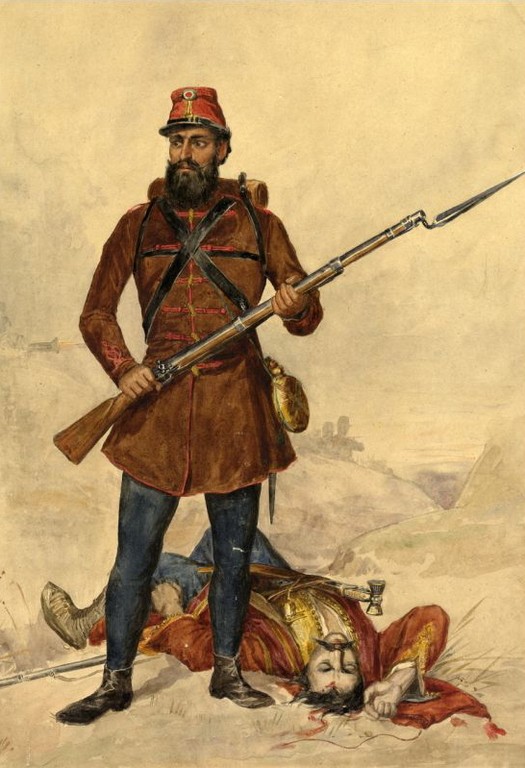 At the same time, it became a national symbol in the moment of its composition (the Éljen a magyar szabadság / Éljen a haza! [Long live Hungarian freedom / Long live the homeland!] closing theme of its melody is the signal of the Kossuth channel of the Hungarian Radio), so it did not happen by chance that most of the song prohibitions concerned this song starting from the fall of the was of independence. 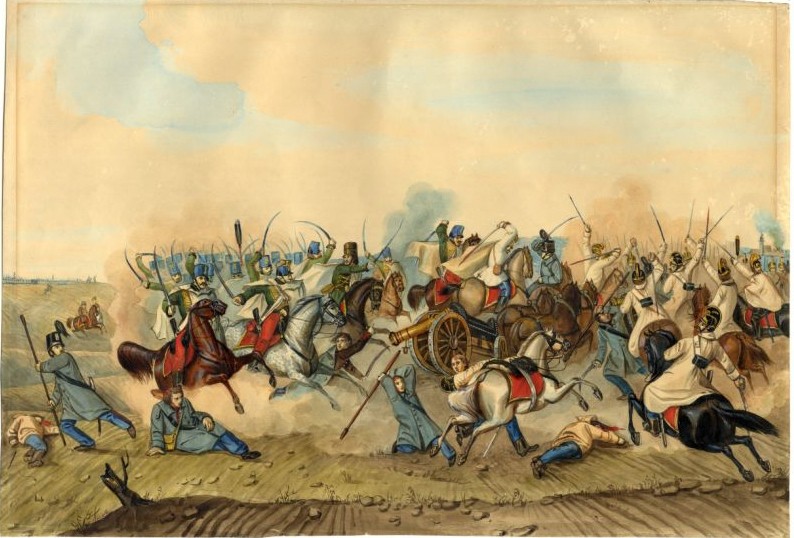 Both in words and melody, it is this folk song that preserves the memory of Lajos Kossuth in the most colourful and warmest way all over the Hungarian language area. For example, in the northern territories (e. g. Nógrád, Gömör and Zemplén counties) not Éljen a haza![Long live the homeland!] but Éljen Kossuth Lajos! [Long live Lajos Kossuth!] is sung, as shown by a note of Zoltán Kodály from 1922 and several other data. As one of the words-collecting trip of Kodály in Zoborvidék has revealed, following all the forced recruiting and the military service in the Austrian army abroad, the melody of the Kossuth song was sung with self-evident love for the homeland: Mikor szültem az világba / Akkor is azt mondta apám, / Katonának nevelt anyám, / Éljen az magyar! [When I came to this world / My father told me / My mother brought me up to be a soldier / Long live the Hungarians!]. Kossuth was respected as the father of the Hungarian nation and called him in everyday life as “our father Kossuth”, while in the Kossuth song as Kossuth Lajos édesapánk[our dear father Kossuth] and édesapám [my dear father Kossuth], and his wife as édesanyánk[our dear mother Kossuth] {édesanyám[my dear mother Kossuth]). And, indeed, people had a filial affection towards him, which is expressed in the warm, lyrical tone and often a bit free rhythm of the performance of the Kossuth songs. (The refrain of the Kossuth songs is much more variegated in the oldest recordings than the ones we know today: it either contains varied additional elements or it is a single short section.) Kossuth is often endowed with particular characteristics due the heroes of tales, as revealed by verses 2 and 3 of the following Székely folksong from Bukovina.

Lajos Kossuth penman, / He needs no candlelight. / He writes the letter, / By the light of the star, / Long live Hungarian freedom, / Long live the homeland!

In the window of Lajos Kossuth, / The rose came into bloom. / Its branch extended long, / I drank wine in its shade, / Long live Hungarian freedom, / Long live the homeland!

The rain falls in droplets, / On the hat of Lajos Kossuth. / So many drops fall on him / So many times may he be blessedl / Long live Hungarian freedom, / Long live the homeland! 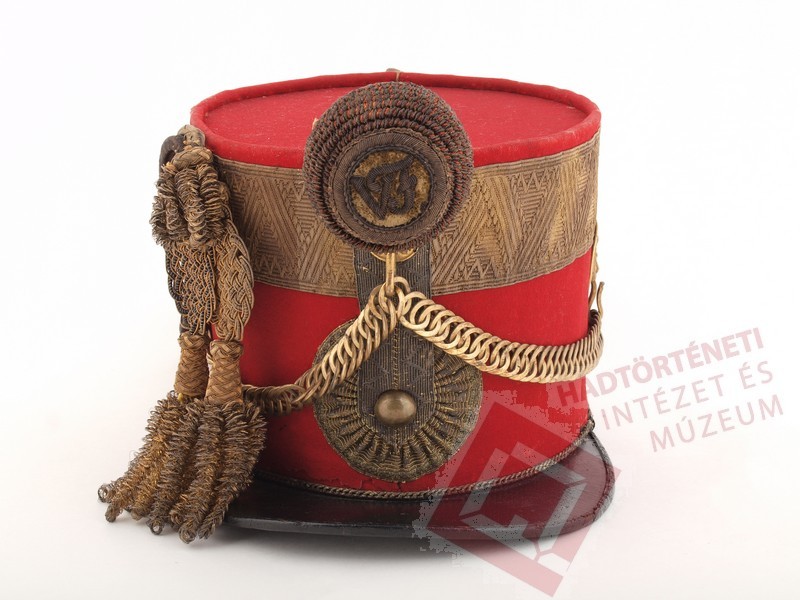 The verse beginning with Esik eső karikára [The rain falls in droplets] has also been sung, among others, in Szék in the former Szolnok-Doboka (Solnoc-Dobáca) county, and in Dezsanovác (Dezanovac) in the former Pozsega (Pozega) county - the first is proved by the collection of István Volly of 1940, while the latter by a collection of Lajos Kiss from 1969 (see Tari 1998. Music 11).

The picture of Kossuth as a penman writing the lines A ragyogó csillag mellett [By the light of the star] reveals the respect for the patriot who works untiringly, until late in the night. This penman is capable of strange things, indeed, as shown by the following version from Nyitranagykér (Milanovce) I collected in 1997 (IM HAS: Dat 250, Nyitra (Nitra) county, Vel’ky Kyr Slovakia, singer: Dénes Szabó, born in 1923).

Certain poems on Kossuth were permeated by an almost religious affection, as in the case of the following version of the words from Upper Hungary:

Lajos Kossuth a golden lamb, / With a golden star on its back. / Who is able to read that, / He can be the son of Kossuth, / Long live Hungarian freedom, / Long live the homeland!

The role of Kossuth as an ideal only grew with the diffusion of the songs of 1848 and others related to him as well as with the fall of the war of independence and the exile of Kossuth. The prohibition of the Kossuth song had a reverse effect as well: it intensified the respect for him even more. In the times of the oppression, the mere mentioning of his name was a solace. Following the suppression of the war of independence, Sámuel Almási wrote in his collection of notes entitled Magyar Dalnok [Hungarian Singer] the following section, which preserves the memory of the role of Kossuth as an initiator and his special talent as an orator:

Kossuth was the initiator (sic!) / The Advocate of Hungary. (sic!)